In this tutorial, I will show how to add DOS games to Retropie. The games will launch automatically from emulationstation, then return when the game is exited. I will be using DOSBox as the emulator. rpix86 may be faster but DOSBox supports mapping game controllers, something I will cover in a future tutorial. 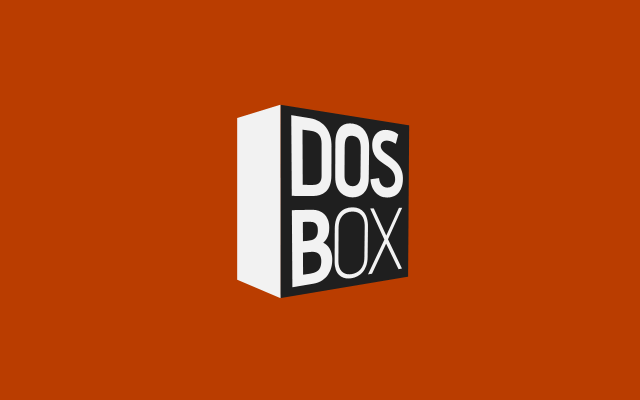 [Edit: If you are using RetroPie 3.0, then you can jump to the Add DOS Games section]

First make sure your binaries are up to date as a faster version of DOSBox was compiled recently (January 2015) and included in Retropie. You can get more information, including how to compile from source, at the Raspberry Pi forum.

To update the binaries, you need to run the following commands in a terminal:

Choose option 6 UPDATE RetroPie Binaries. While here, it will be a good idea to update the RetroPie Setup script (option 5).

DOSBox was not configured in my es_system.cfg file so didn't appear in emulationstation. I created an entry by running the following commands.

(If the above script does not work, then update the RetroPie Setup script as described above.)

This generated the following entry for DOSBox in the default es_systems.cfg file in the /etc/emulationstation folder.


ES on my Retropie build uses the customised es_systems.cfg in the /home/pi/.emulationstation folder so I copied and pasted the above lines into that file.

The <path> tag in the DOSBox entry in es_systems.cfg says that roms need to put in the ~/RetroPie/roms/pc folder.

The game I will show how to add to Retropie is the shareware version of Wolfenstein 3D from the DOS Games Archive.  At the terminal, type the following command to create a folder in our roms folders.

Change the working directory to wolf3d.

Download and unzip the game from Dos Games Archive.

Check the contents of the zip file with the ls command to find a file called install.exe. Games in DOS generally needed to be installed first to extract the game data. They can be identified with file names such install.exe or setup.exe. You can refer to the DOSBox game wiki to check whether there is an installer file as well as finding what the executable is (see below).

Wolfenstein 3D shareware can only be installed in DOSBox so launch DOSBox by using the +Start DOSBox script from EmulationStation with the following commands from the terminal. This is the only occasion when you need to use the DOSBox interface.

DOS is a command line interface (CLI) like the terminal in Raspbian. To do this, type the following commands at the DOS prompt. An explanation of what these commands do is given below.


Once the installation process begins, change the target directory from C:\WOLF3D to C:\ and press enter. Press C on your keyboard to complete the install. This will take a few minutes.

Like Raspbian, DOS games are launched by typing the name of the executable file which normally has an .EXE extension.

Back to the DOSBox entry in es_systems.cfg, the <extension> tag says that ES will look for shell scripts (.sh) to launch games. Using shell scripts is a good way to auto launch a game without having to type commands at DOS prompt every time, useful if you are using only a game controller as input.

To create the shell script to launch Wolfenstein 3D, run the following commands.

Copy and paste the code below.


Save and exit. Next make the wolf3d.sh executable so it can be launched from emulationstation.

Start up emulationstation and wolf3d will appear in the IBM emulator. If the game runs slowly, then overclock your pi to turbo.

A quick explanation of the contents of the shell script so that you can amend it when you add more games.

The -c parameter in DOSBox runs the commands that would normally be typed at the DOS prompt.